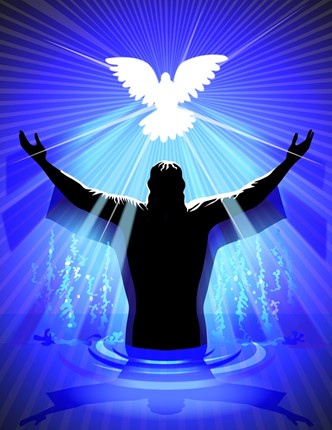 In my Bible reading this morning I began in 1 Peter, Chapter 1 and the first thing that struck me and kept calling me back was Peter’s use of the phrase “…he has given us new birth into a living hope…”
(1 Peter 1:3b NIV, emphasis mine).

Before we realized we would not be able to have biological children I told my husband I wanted to name our son Jackson Hope. My husband objected immediately upon the grounds that the name Hope is feminine. My argument is that Hope should be genderless. His was that I wasn’t using the word hope as a verb but as a noun, a noun that would haunt our son forever. In reality my husband is right. (But doesn’t Jackson Hope just sound beautiful?) It became a mute issue eventually but my point remains the same, HOPE, should have no gender, no boundaries, no economic considerations, no religious affiliation, no ethnicity, HOPE should be HOPE.

Now, hope in what is the question.

Peter tells us that, “In his great mercy he has given us new birth into a living hope through the resurrection of Jesus Christ from the dead, and into an inheritance that can never perish, spoil or fade—kept in heaven for you, who through faith are shielded by God’s power until the coming of the salvation that is ready to be revealed in the last time. In this you greatly rejoice, though now for a little while you may have to suffer grief in all kinds of trials. These have come so that your faith—of greater worth than gold, which perishes even though refined by fire—may be proved genuine and may result in praise, glory and honor when Jesus Christ is revealed. Though you have not seen him, you love him: and even though you do not see him now, you believe in him and are filled with an inexpressible and glorious joy, for you are receiving the goal of your faith, the salvation of your souls.” (1 Peter 1:3b-9 NIV)

In His living we have hope not only in this life but that beyond this life is eternity in Heaven where we will live with Jesus forever. Regardless how dark our circumstances of this world are we have hope that the world cannot extinguish unless we let it. But even then, it is a hope that can be flamed back into life with the gentlest of breath. Yet it is not hope for or of the things of this world. It is hope that by faith and belief in Jesus we have more than this world to have hope in. We have ETERNITY in HEAVEN in THE PRESENCE OF THE LIVING GOD!

I love this type of hope and I will pray that every reader today or any tomorrow know that hope too. If not, I will point you the following verses in the Holy Scriptures: