We have a guest blogger today Readers. Be kind. I asked my friend Richard Reid to allow me to use a post he wrote on Facebook as my “Valentine’s” blog. I’ve known Richard way back to our high school days. His career calling has taken him into the pulpits/pastoral role of Cumberland Presbyterian churches, today near Memphis, Tennessee. This is the first guest blog I’ve invited on fvbf written by a man. (It is a blog from a woman’s point of view living a Christian life.) Richard is my “go to friend/minister” when I have questions about the Scripture and/or it’s application to my life. He speaks, and I try to listen. (Well, most of the time. I learned in the 10th grade his advice on dissecting earthworms or paying attention in Biology might not be successful.) I listen now because he can back up what he’s saying with God’s word. He never did claim to be great at biology. And FYI his wife’s name is Donna too.

…Donna and I were talking about the nature of marriage and divorce. We have been married going on 28 of the 30 years we have been a couple. We’ve successfully raised three kids. Our marriage has weathered some low points and enjoyed some awesome high points. Our family has had plenty of laughter and good times. And our share of sorrows too.

The conversation’s emphasis went to divorce. We’d just learned that another long time couple we know have chosen to go their separate ways. People divorce for many reasons. Some of those reasons we can understand and cannot imagine people remaining in such marriages: infidelity, emotional or physical abuse, or substance abuse. Sudden catastrophic changes in family dynamics – the death of one of their parents or the death of one of their children, can lead to divorce. Sometimes it is because of financial instability.

Yet, while these causes can lead to divorce and do; couples can and do choose to work through issues of finance and infidelity; issues we think would be immediate deal breakers in a marriage. It remains tragic; but there are women and men, who refuse to get out of abusive relationships. Their reasons range from “fear” to acceptance of “that’s just how things are”. But also to “I still love him/her” accompanied with, “I hope I can keep trying and change him/her”.

And we interrupt this conversation with a public service announcement:
YOU WILL NOT CHANGE AN ABUSER AND GOD NEVER INTENDED FOR YOU TO BE IN AN ABUSIVE RELATIONSHIP. God didn’t put His blessings on a poorly conceived relationship in which the person or persons would be an abuser; or be abused. It is a form of infidelity. Abuse means that the marriage vows are broken and the relationship is adulterous emotionally. An abusive spouse is not being ONE FLESH. No one, except one who is having serious mental health issues, abuses their own bodies in anger. GET OUT OF IT….. GET OUT OF THERE AND IF YOU HAVE KIDS – TAKE THEM WITH YOU!

Now we return to the conversation I’m having with my wife:

Donna pointed to empty nest once again as one of the causes it seems for so many of these couples to divorce. The kids, more or less are grown. The role of being a child rearing parent is past. We’re left with two middle-aged people who have been being parents for sometimes more than 25 years. Parents/people who because of life and work sit there and ask themselves:

At this point those couples who have stayed together to raise their children find there’s nothing else to stay together for. They don’t even like one another anymore. 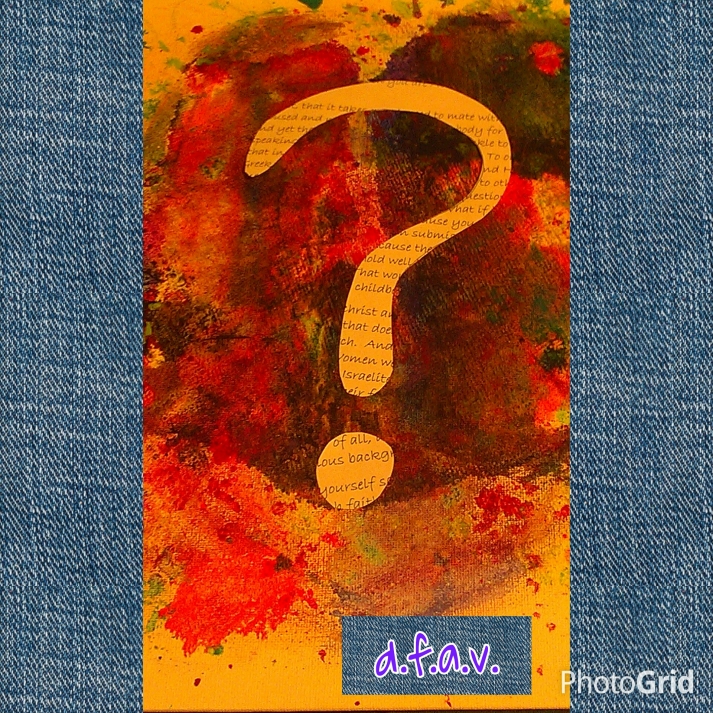 During my 30 years in ministry and in counseling with couples and individuals I’ve heard people say, “I don’t know who I am. I need to find me and find out who I am.” They don’t think they have a personal identity anymore; and our society and culture in the United States seems to prize individuality above anything.

They have invested themselves into raising and/or providing for their family. Before they helped raise those kids they invested themselves into the person they married, which often led to reproduction and the kids that they have raised. Now, all these years later when very often the passion has died down and there are no more kids to put our energies into couples ask, “Who am I?” Or perhaps more importantly, “Who are WE?”

I think that is where Donna and I strike the chord of a lasting relationship we seem to KNOW who we are. When we signed up for this life gig, we signed up for each other. We took seriously the vow that the two become one flesh. This is not a euphemism for only having sex or having offspring. We really did become one.

We signed up to spend life together. To raise a family. To love each other. And we do. 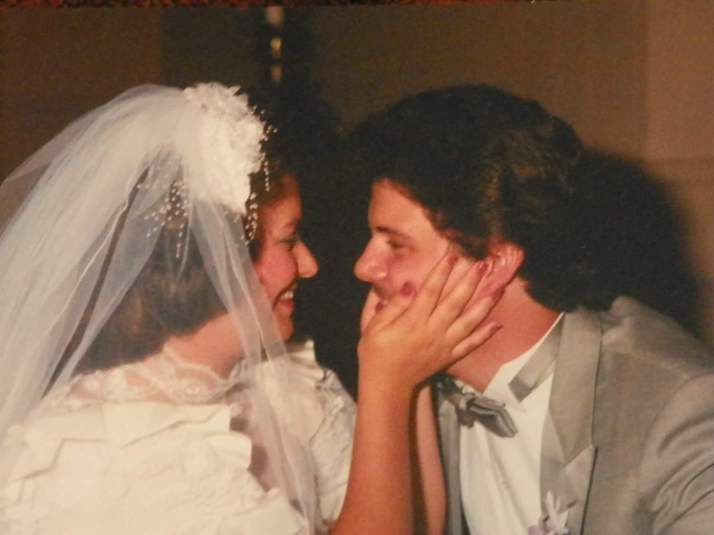 In the course of this conversation we laughingly admit, we don’t always LIKE each other, but we do LOVE each other without question. Sure, the excited and energetically passionate young couple of 28 years ago has long gone. Life and age and health and kids have seen to that; but what remains with the more or less sort of empty nest is “US”.

By that I mean I don’t have to go find out who I am. I know who I am; and I know that Donna is a part of “who I am” just as I am a part of “who she is”. That’s what we signed up for that the two would become one. We are ONE. We never needed a lot of getting out and doing the solo thing… hanging out with our girls or our buddies. 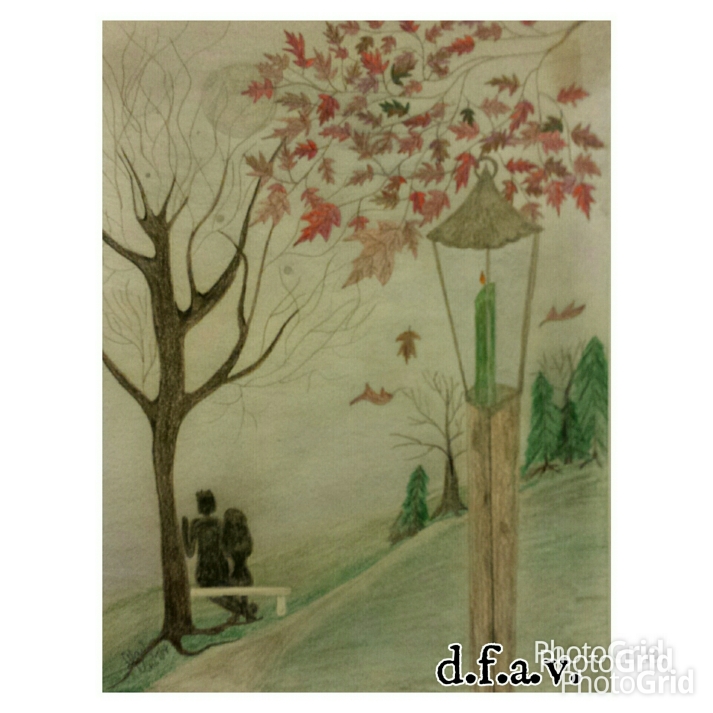 When we had down time or took some time away from being “parents” to have a date; or a couples vacation or trip; we got a babysitter if needed; and when they were big enough to handle themselves; they stayed home. (Actually they usually went and stayed with a friend for a couple of days and I don’t really want to know, you know, because they were teenagers. And teenagers are teenagers if you know what I mean. LOL).

That is not to say we do not give each other breathing room. We have never expected the other to be right under the other doing what we do. I do things without her. She does things without me. We share some hobbies like antique and vintage glass collecting, but she never cared too much to go fishing with me. I never cared much to sit and watch her cross stitch. That is okay.

We chose a long time ago to make US our identity. We have laughed and argued. We have grown apart at times and still came back together. We chose to make things work when not doing so would have been much easier. We have always loved US even if at times we did not like the individual parts of US.

I am US. She is US. We are US. And for US; that is okay. It is who we are. We refuse to give up on each other; or let the other one give up on US; because US is who WE are. 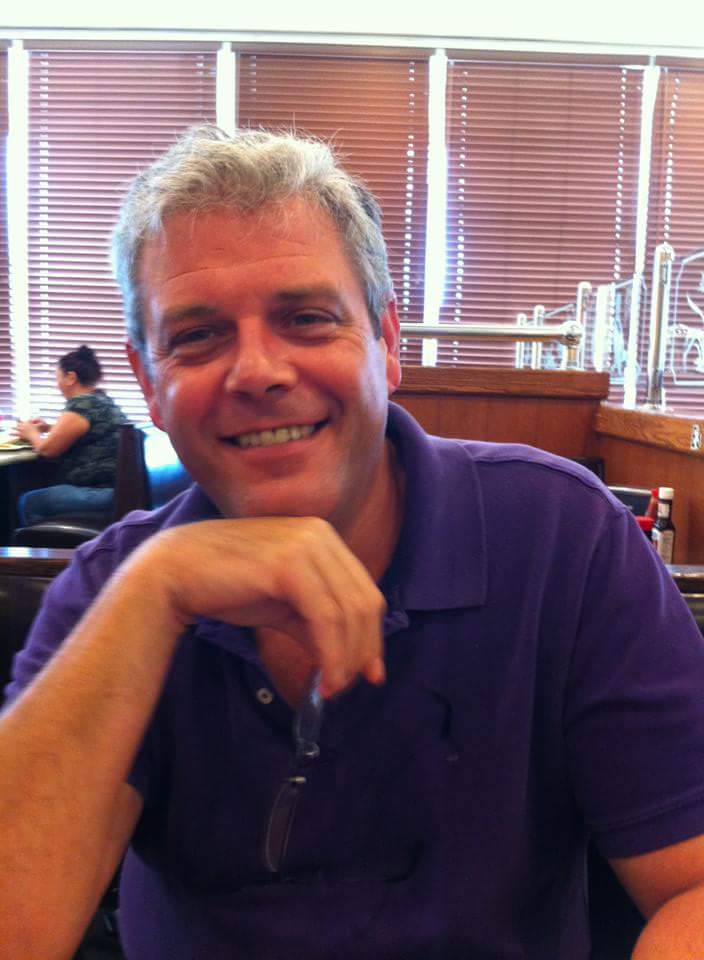