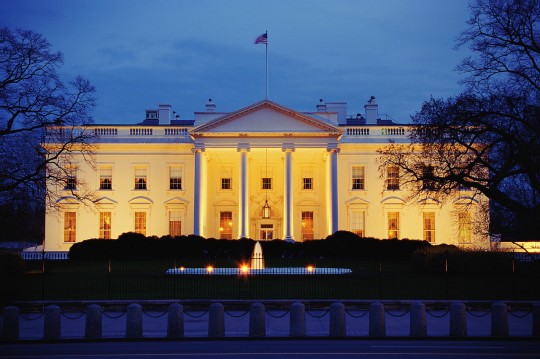 Wednesday, January 16, 2013  the President of the United States announced a two-fold plan towards gun control in America.  Part one of his plan calls for actions based on “Executive Actions”, which allows the President to bypass Congress and put into place policies as he sees fit.  There were 23 of these actions and The President avoids a Congressional blockage that might have prevented the policies from going into action.  (For details on these actions, please see the end of this blog.)

Also this week New York’s governor signed into place what is touted as the strictest gun control laws in the United States.  Those include limiting gun ownership from specific types of guns.  The aim is reportedly to get rid of any assault weapons possessed by the general population.  (I understand the laws left out provision for law enforcement to have weapons already in use so that is going to be added before the entire package goes into effect.)

In the Sunday, January 13th edition of the Birmingham News this blogger learned further information on the ongoing debate of whether or not to place firearms in Alabama schools, who those guns should be handled by or whether more resource officers in each school were called for.  There were many questions, scenarios and possibilities and way too few answers.

Two very hot topics right now that feed off each other are school safety and gun control.  Both of which I find difficult to pinpoint exactly what God’s Word tells us to do about.  The Old Testament is filled with reports of wars, God telling leaders what to do to defeat their enemies.  The New Testament doesn’t discuss this as much, it seems to me it’s aim is to instruct us on how to live our lives focused on a relationship with Jesus Christ and how to help others find their relationship with Jesus.  I want to know where God stands on this, not only to know how to navigate these politically charged waters of our nation but because they took on new emphasis for our household on December 19, 2012 when these two issues walked in the front door of our home.  (Symbolically, not physically.)

(For the record, our household does not have a firearm in it.  Not that we’ve ruled out the necessity but more for financial reasons we’ve not purchased a gun.)

But on Wednesday, December 19 our daughter woke up sick and was at home with me (it was the first time I’ve been grateful for my child to be sick) when I learned that a 21-year-old male had been arrested for making a terrorist threat against a school by the Blount County Sheriff Deputies and Oneonta Police.  He made the alleged threats via Facebook and some of those who saw the postings continued to encourage him to continue his online venting and others told him it wasn’t a good time to be talking along the lines of being frustrated enough to shoot up an elementary school in view of the Sandy Hook tragedy.

This young man, who has his defenders and accusers from multiple sources, was being held without bond until a mental evaluation could be conducted.  Whether or not he has been released on bond at the time of this posting is unknown.  There was no follow-up on what is now a three-week old story.  Some say because the young man didn’t say he was “going to” but that he “could” shoot up an elementary school or that he said, “…God knows no one would have made it out alive if I was the shooter…” and not “when I am the shooter” means clearly he was joking.  Others read his postings and decide it is a threat period.  I would also note, from my interpretation of the comments posted on al.com that the most do agree that the timing of the posts on Facebook were insensitive and that this young man apparently lacks the ability to decide what is appropriate “joking” material and what isn’t.  Some, even those defending him, label him as acting with stupidity, being a jerk and a few other names this blogger won’t repeat.

I was puzzled most by the lack of media coverage to our threat, reminded of how I felt the night of the day my mother passed away.  The world had kept turning, people went on about their lives when it felt as if my world ended.  Part of me recognized that the rest of the world didn’t know my mother and it couldn’t be the same for them as me.  So I tried to be rational.  In view of what had occurred at Sandy Hook a Facebook threat was minor.  It was hard.

Recognizing that our school system is rural and small it still seemed like an under-reaction to me for this event not to receive more than a couple of news stories on the al.com website and no televised coverage that I was able to find.  What really changed my perspective this week was when I was searching for follow-up information for this blog post on al.com and I found the second article about this December 19 threat which gave a brief description and links to other stories in Alabama the week of our scare.  Including the Blount County threat there were six arrests in Alabama of persons ranging from the age of 12 to 55 who made threats of terrorism against a school.  Six in ONE week.

Everyone of these events cited that the tragedy of Sandy Hook contributed to the reactions of either the ones making the threats (copy cating) or the ones receiving the threats (school systems).  Face it, no one wanted to risk not reacting strongly enough and being wrong.  However, one school system did say they hadn’t changed their policies, the threat at any time would have received the same reaction because no one wants to start making adaptations from a knee jerk reaction to a tragedy such as what had occurred at Sandy Hook.

Not surprisingly I was also sent a link to a YouTube video with media clips that “prove” reports around the Sandy Hook massacre were made up, covered up and plots of government officials to force gun control down America’s throats.  I watched the video and my logical “think of this from all angles” mind immediately wanted to say, “Couldn’t these “errors” you’re citing have stemmed from the chaos and overwhelming emotions of the event in the first stages?”  Which of course is exactly what the main stream media is portraying, that in the first time frame of the killings things were said, people were chased as being potential suspects, the shooter was wrongly identified because human beings were reacting to the horror and made honest errors.

Yet, no one can manufacture the 26 people who died.  No one can alter the fact that one gunman set out to kill people that day.  He did so with guns owned by his first victim, his mother.

No one can alter the fact that even in the Deep South of Alabama, middle of the “Bible Belt”, in small rural communities evil lurks.  No one state, city, town, community has the lock on being the place evil does not exist.  It’s everywhere.

No one can change human beings, except the people themselves with the necessary help they need, who have what I perceive as distorted reasoning, horrible social skills, twisted senses of humor or seemingly lack enough intelligence to know you shouldn’t even tease about killing anyone.

No one can go back in time to when the Constitution of the United States of America was written and speak to the men who wrote it, who devised it, who fought to have the right to establish it to know what their mind sets were.  Personally, I’m tired of people who say things like, “The forefathers never intended….never thought…” to strong-arm the taking of our personal rights which also include the RIGHT TO THINK BEFORE YOU ACT, the RIGHT TO USE AND HAVE A CONSCIENCE.  I don’t see how we can logically expect our ancestors to have conceived of the need to have a Constitution or Bill of Rights or anything else that covered every possible situation and scenario.  I don’t think they could conceive of the world in which we are alive today period.  Not with all its technology or the way our government and overall population are acting and thinking.

My Bible tells me to give unto Caesar what is Caesar’s (Matthew 22:15-21), to pray for those who persecute me (Matthew 5:43-48), to obey my masters (Ephesians 6:5-8), obey my leaders and submit to their authority (Hebrews 13:17), that as a Christian I am not living up to the world’s standard and I do not fight this world’s evil with weapons of the world (2 Corinthians 10:3-4).  The Old Testament laws of an eye for an eye were abolished by Jesus telling us to love one another, to turn the other cheek, to walk an extra mile with one who forces us to walk one with him (Matthew 5:38-42).

Yet it also offers me hope for EVERYONE of us has been given the greatest gift possible.  “For God so loved the world that he gave his one and only Son, that whoever believes in him shall not perish but have eternal life.” (John 3:16 N.I.V.)

What is the answer to assuring the safety of our children whether they are at home, at school or church, the movies or mall or anywhere else doing anything else?  I DON’T KNOW.

But I know this, I know the ANSWER GIVER and I know the only way to KNOW what the answer is can only be by more people turning to GOD than away from GOD.

Office of the Press Secretary

EMBARGOED UNTIL THE START OF THE PRESIDENT’S REMARKS

Today, the President is announcing that he and the Administration will:

3. Improve incentives for states to share information with the background check system.

4. Direct the Attorney General to review categories of individuals prohibited from having a gun to make sure dangerous people are not slipping through the cracks.

5. Propose rulemaking to give law enforcement the ability to run a full background check on an individual before returning a seized gun.

6. Publish a letter from ATF to federally licensed gun dealers providing guidance on how to run background checks for private sellers.

10. Release a DOJ report analyzing information on lost and stolen guns and make it widely available to law enforcement.

14. Issue a Presidential Memorandum directing the Centers for Disease Control to research the causes and prevention of gun violence.

15. Direct the Attorney General to issue a report on the availability and most effective use of new gun safety technologies and challenge the private sector to develop innovative technologies.

16. Clarify that the Affordable Care Act does not prohibit doctors asking their patients about guns in their homes.

17. Release a letter to health care providers clarifying that no federal law prohibits them from reporting threats of violence to law enforcement authorities.

20. Release a letter to state health officials clarifying the scope of mental health services that Medicaid plans must cover.

23. Launch a national dialogue led by Secretaries Sebelius and Duncan on mental health.