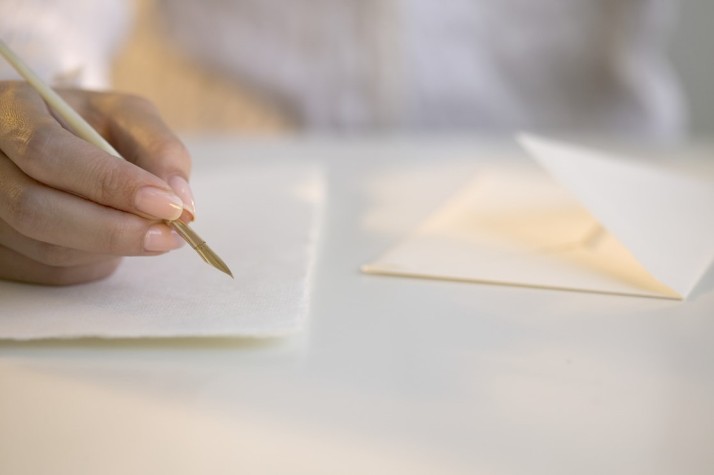 Faye, a Christian female in the year of our Lord, 2013 take up the task assigned to me by God to write to the Apostle Paul. I greet you, Apostle Paul, with much respect for God was able to use you in remarkable and astounding ways.

In Letter 2 I said that in this letter I would bring your own words, given by God to you, that are in our New Testament. For centuries now, Apostle Paul, your words in 1 Corinthians 14:34-35 (“Women should remain silent in the churches. They are not allowed to speak, but must be in submission, as the law says. If they want to inquire about something, they should ask their own husbands at home; for it is disgraceful for a woman to speak in the church.”) are used to not only make men the ministerial leadership in the majority of Protestant churches but to bar them from certain positions period. Another passage comes from your instructions to 1 Timothy 3:2 and 12 has also been used to forbid women in the role of deacons and pastors, ministers, preachers and sometimes even teachers. (“Now the overseer must be above reproach, the husband of but one wife…,” and “A deacon must be the husband of but one wife…”)

As a teenager your instructions were taken very strictly in the small church and its larger association to which the church belonged. Women were not even allowed to speak during a meeting where the day-to-day operation of the church was discussed. Women were not allowed to teach anyone other than young children and other women. Women did not “preach” or expound upon the Word of God. Husbands were elected to offices they were unqualified to keep, such as the office of church clerk held by men who could not read or write very well. Their wives did the work and their husbands presented their reports to the church body. My own father taught a Sunday School class when he could not read the lesson nor his own Bible well enough to teach. My mother read the lesson out loud to him repeatedly until he could recite enough to make his class members think he could read.

The first female I ever encountered who was in a ministerial role was the campus minister at the community college I attended straight out of high school. Learning that the church I attended was in the Blount County Association she knew immediately the overly restrictive atmosphere and teaching I had received. Once when we were discussing my reluctance to even explore another viewpoint on the matter she told me about the first time she was to give the report of the campus ministry that was partly supported by the Blount County Association. Her first name was Jo and when she alerted them that she would indeed be there they though Jo was a Joe. Upon discovering she was female she was allowed to be acknowledged by standing from where she sat in the congregation but a man read her report. Jo was allowed to answer questions that were addressed to the man who read her report, she replied to him and he to the man who asked the question. After that her report was requested always to be “sent in for reporting” rather than to be presented in person.

In my own experience, wrestling with an answer to whether or not a female should be allowed to be in a ministerial position in a church and feeling “called” to do so is a stumbling block to myself, my own spiritual growth. During the years I was in ministry the church often “discussed” whether it was okay to use the word minister in my title or to use director, whether it was okay for me to teach teenage boys, or hold the position at all. Once the pastors of the association (one in Virginia) were meeting at the church on which I was on staff. He came into the church office demanding copies of a hymn from a hymn book and while I made his copies he proceeded to inform me of how many of God’s commands I was breaking by being on the church staff. Only by God putting a lock on my lips did I keep from replying to this pastor. Only by God’s grace was I able to not let him see how deeply he had wounded me for I hid my pain and forbid myself to cry until I was out of sight and could not be seen nor heard. This pastor quoted you.

Yet in other scriptures you speak of female deacons in the churches you started. (Romans 16:1: “I commend to you our sister Phoebe, a deacons of the church in Cenchreae. I ask you to receive her in the Lord in a way worthy of his people and to give her any help she may need from you, for she has been the benefactor of many people, including me.”)

Other women you clearly worked closely with in the churches you started and your ministry were Priscilla, Mary, Tryphena, Tryphosa, Persis, and Lydia. You also though highly of Timothy’s mother and grandmother.

There is more, so much more that time nor space allow me to conclude now. Before I close I want to add one thing that has been emerging since I began these letters to you and that is that Jesus’ thoughts about women also give us a different perspective that cannot be ignored. Sadly too I have learned of some background teaching about you that as a layperson I had not been taught. As hard as these additional roots are to trace I must do so.