Happily settled in the first desk of the first row in front of the teacher’s desk, with her permission, on the first day of school I was alive with excitement.  I could barely contain my joy.  That all changed when Cheryl Samson* walked in with her mother and stopped in front of me announcing she wanted my desk.  Mama not only forced me to move to the last desk in the last row in the corner but also to apologize for having taking Cheryl’s seat.  I was defined in this moment as being unworthy to sit up front, I belonged in the far corner.

A spark of joy returned soon when I was called to the teacher’s desk for her to see how many words or letters of the alphabet I could recognize.  Happily I told her that I already knew how to read, my mother had taught me!  I rattled off the titles of the books I had read already, the majority of the Bobbsey Twin and Donna Parker series as well as Huckleberry Finn.  Not believing me she handed me the Dick and Jane reader and told me to read out loud.  After I read several pages my teacher stopped me.

“Your mother,” she told me, “has obviously taught you not to read but to memorize books.  You’ll have to learn again.”  Cheryl snickered

behind me.  “Memorizing the words on the pages doesn’t mean you can actually read!” the teacher said as I quickly went back to my seat.  I had never known Dick and Jane existed until a few minutes ago.  I was defined in these moments as unintelligent, misinformed and as a liar.

At home, annoyed by my why questions about Cheryl and the desk and having to relearn to read, my mother mumbled as she peeled potatoes. Finally she sent me to my room saying, “People like us aren’t like people like her.”

Homecoming at school brought the opportunity to be the First Grade Homecoming Princess.  All I had to do was enter, sell baked goods and juice during recess for three days and collect as much money as possible from my family.  If I collected and earned the most money I could be the Princess.  I earned myself first runner-up.  Cheryl won the Princess title. 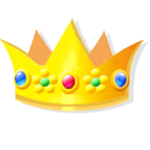 I was pleased somewhat to be the runner-up.  I would still get to be part of the Homecoming Court and walk out onto the field at the football game half-time.  Only I blew that by trying to mimic Cheryl and failed miserably, embarrassed my family, received a spanking, lecture and hearing the story repeated through the years, the humiliation fresh every time.  I was defined as foolish and bringing shame to my family.  I was defined as a “runner-up” not a winner. 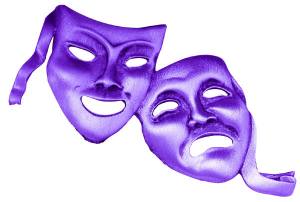 To make everyone happy I learned to pretend.  I pretended not to know how to read and pretended to let the teacher teach me all over again.  I pretended to be less intelligent.  That I didn’t want the very things I wanted the most.  That my home life was just as normal as anyone else’s home life was.  That I deserved to be last in everything, that runner-up was the best I’d ever be.  Through the years I learned to settle for less because I had pretended so long to only want and deserve the least that I didn’t even try.  I was wearing the assigned masks given to me and defined by them regardless of their truth.

These three events, all too quickly defined me to myself as what I was given the message I was to be.  I recognized all too soon that what made Cheryl one of “those people” instead of one of the “people like us” were the following things:  Beauty, money, expensive clothes, intelligence, importance, lineage, and social status.  Money, I acknowledged as the years passed, could buy it all.  Or at least buy you the ability to fake it.

Reality was that there were a lot of things that set me apart from other kids.  None of those were any of the reasons my mother had cited, or my teacher insisted upon or that my childish mind connected to.  All that these false definitions of me did were to enable me to hide away.

Redefining who I was would take years.  Slowly it happened.

I learned I did have the ability to earn A’s by earning them in master level classes.  I learned I could do, at least some

algebra, by teaching myself from my daughter’s textbook and the online tutorial lessons to help her.  I learned to be a parent that gives her child wings to fly and roots to let her know she is always loved and always has a home, instead of clipping her wings and binding her with her roots.  It has taken years of on and off therapy to peel away layers of pretense, hurt, shame, wrong definitions and forbidden anger and I’m still redefining myself as one of God’s creations.

Paul’s words in Romans 8:28 have reminded me “…we know that in all things God works for the good of those who love him, who have been called according to his purpose.”   And again in I Corinthians 15:10 Paul’s words have given me courage, “But by the grace I am what I am, and his grace to me was not without effect.  No, I worked harder than all of them—yet not I, but the grace of God that was with me.”

King Solomon’s words from Ecclesiastes 3:1 “There is a time for everything, and a season for every activity under heaven:” repeatedly whisper to me that the bad times will pass and the good will come, all in God’s time.  While Jeremiah in 29:11 has told me, “For I know the plans I have for you,” declares the Lord, “plans to prosper you and not to harm you, plans to give you hope and a future.”

Jesus’ has instructed me of my mission for him in this life in Matthew 28:19-20, “Therefore go and make disciples of all nations, baptizing them in the name of the Father and of the Son and of the Holy Spirit, and teaching them to obey everything I have commanded you.  And surely I am with you always to the very end of the age.”