Having secured Alicia* willingness to have her parental rights severed we had to focus on the biological father’s parental rights.   Finding him was impossible.  We would no sooner find him at one address than he’d move.  Letters to him in care of his mother never came back but received no response either.  Court ordered to pay child support he had the habit of working at one job until the Department of Children’s Services caught up with him and would garnish his wages for child support and then he’d quit, find another job or go without work.  Once we were able to find out where he was working and planned to drive up and meet him at his job but on the morning of our planned trip I called the company only to learn that Tim* had quit.  We were never able to find him again.  When the child support stopped we learned that after six months of no child support we could notify Tim of our intention to adopt his daughter by publishing an ad in the local paper in his hometown.

Six months passed, the ad was placed and neither he nor anyone in his family responded to it.  The court severed his parental rights.  Kiana was five by this time and in kindergarten.  Tim had never seen her, not once, not even when she was first-born and a paternity test was ordered to prove who her biological father was.  No one in his family had ever seen her.  Alicia had sent his mother a picture at Kiana’s first Christmas which was returned torn into multiple pieces.  His wife, who was unable to have children too, and he had once told the court they wanted custody of Kiana when Helen* still had custody.

However, upon arriving for court the first time and the judge not allowing Tim’s wife to speak for her husband, the second time they did not show up.  That was the end of any of Tim’s family even acknowledging Kiana’s existence or relationship to her biological father.  I believe the challenge was retaliation for Alicia having seen Tim, told him of her plans to enlist and telling him he “better not try to mess it up” for her during a visit back to Tennessee before boot camp, his wife’s anger that her husband (they weren’t married then) having a child with another woman and Alicia pushing for child support when Tim would quit a job.  Nonetheless that was the last any of us heard from Tim or his family.

At last on November 25, 2007 we were allowed to adopt Kiana and the two-year battle was over.  In the seven years she has been with us and since that one heart breaking visit to Dollywood, Kiana has refused to see Alicia or Helen.  Kiana has seen therapists during these years to help her cope with abandonment issues, her anger at Alicia and the emotional damage she’d suffered with Alicia and Helen.

Initially Kiana was so underweight when I gave her a bath or helped her change clothes I could count her ribs and she looked like she was only skin and bones.  She ate little and it wasn’t until during a play therapy session she told her therapist and me that we didn’t understand.  If she ate all the food on her plate then Alicia and Helen would go hungry.  Kiana had learned to starve herself believing that they would starve if she didn’t.  It wasn’t true.  Neither of them were anywhere near a weight nor suffering any health issues suggesting they went hungry.  In fact, one of Alicia’s obstacles to enlistment was her weight being too high and that was why she joined the Army, who would take her as she was, instead of the Air Force where she wanted to go.  Several heart wrenching truths came out during Kiana’s play therapy appointments, she had been left alone in an empty apartment, exposed to adult situations and led to believe she alone was responsible for Alicia or Helen’s happiness.  It was difficult to hear Kiana talk about these things during her therapy sessions but it was more difficult to know how she had suffered.

Kiana still wrestles with some issues around being adopted.  She still refuses to talk to Alicia or Helen nor will she barely acknowledge her half siblings (one boy, one girl).  She is treated for depression and anxiety, is far more comfortable with adults or young children than children of her own age.

Paul* and Alicia did marry but are now separated and filing for a divorce, after having two children together.  Helen spends her time between her apartment in Tennessee and with Alicia and her two grandchildren in Washington.

Kiana is very well bonded with her dad and me.  We have our family traditions which Kiana counts on.  She is not fond of being away from her home or us.  She no longer gets up in the night to check to be sure I am still here as she did the first few years.  Nor is rough housing her way of showing affection as it was when she first came to live with her permanently.

Kiana chose to call me Mama a couple months before Alicia left for the Army.  She had already asked me if I would take care of her for the rest of her life.  During one of the court sessions about her custody the judge asked me if I was willing to risk having my heart ripped out if Alicia or Tim should come forth and want Kiana.  There was no hesitation on my part as I answered, “Yes, I am.”  I knew this child needed me and there was no way I was going to not fulfill that need for her as long as it was up to me.  I knew the risks.  I accepted them.

God choose to fulfill my husband and my desire for children through a family adoption.  An unexpected but wonderful thing and a blessing I cannot begin to explain.  Kiana is our daughter and I hate it when people feel the need to stipulate that she is our adopted daughter.

I do wish Chris and I had understood adoption better before delving into adopting Kiana in that knowing the laws and more of the how to do this and that would have been valuable information.  That is one reason I advocate for adoption now.  There are so many children who need families.  Some of them may already be part of your extended family, as Kiana was for us.  Some of them may live next door or down the street.  Some of them in your city, county or state and some of them in another country, but they all have the same need regardless of where they are or where you are located, a safe and loving home.

Options for adopt are many.  Which will you choose to take to heart?

*Names changed to protect the privacy of those involved. 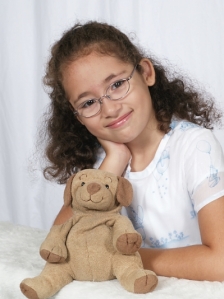 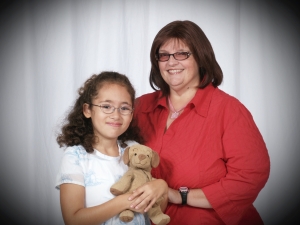 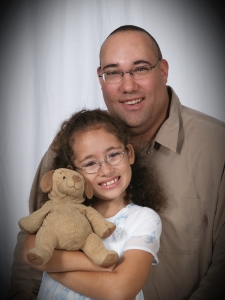